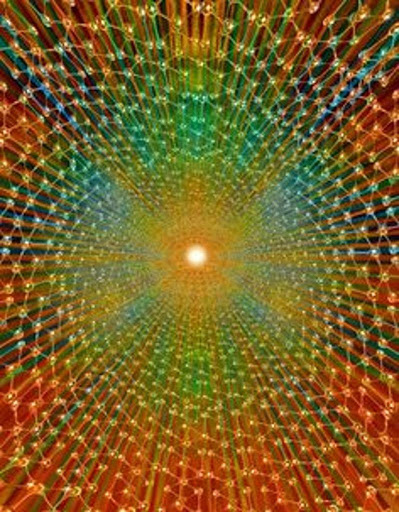 Courage to dare leads to death
Courage to not dare leads to life
Both daring and not daring are linked to courage in this couplet. So the distinction is not about having courage, but rather how that courage is directed. In a western culture that values daring and boldness, this sounds like a play-it-safe admonition. However, I think daring in this context is probably closer to the idea of interfering, or forcing one’s will on people or circumstances. In other words, daring that goes against the natural energy and wisdom of the universe.
Such daring is always rooted at some level in fear. Because it is in opposition to our true nature, which would always be in alignment with universal power, it drains us of energy and leads ultimately to death, that is, disconnection from our innate life force.
Courage to not dare (to not presume or interfere), on the other hand, transcends fear and allows the power of the divine to course through us and manifest into the world. We are aligned, filled with light, experiencing and expressing the life energy that is our true being.
This courage to not dare is reflected in the last part of the chapter describing the essence of this universal energy.
Heaven’s Tao
Does not strive yet achieves good victory
Does not speak yet expresses good response
Does not summon yet itself comes
I especially like this last line. I’m comforted by the idea that this energy is ever present, not demanding of me, but rather offering itself.
Heaven’s net is wide and vast
Infinitely spacious, holding everything
These lines remind me of Indra’s net, connecting everything in the universe, with a jewel at each intersection of the strands, reflecting the image of all other jewels. If we are made in the image of God, as the Bible says, then this passages tells us that we are all connected, not only to God but to each other, held in an infinite embrace, each reflecting to everyone the divine spark shining within all of us.
So beautiful.
Posted by Galen Pearl at 2:28 PM