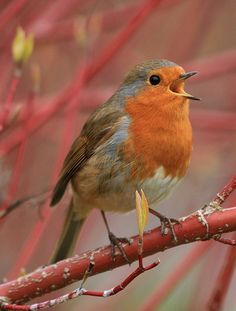 Bird song
In dawn darkness
They know
The light is coming
And sing
To call it forth
Posted by Galen Pearl at 7:02 AM 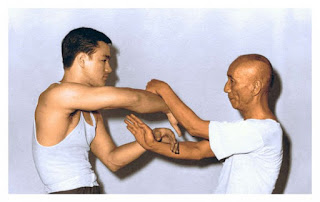 This is one of my favorite lines in the Tao Te Ching. The first two characters 圣人 mean sage. The next 行 can mean to move, proceed, engage in, practice. The next two characters 不言 mean no words. The next 之 is a linking character, like a possessive. And the last character 教 means teaching or lessons.

So this line can mean that the sage practices no words lessons herself, and that she teaches others without words.

This morning in martial arts class, one student was confounded by a particular concept. She kept trying to understand the word used to identify it. The teacher at first tried to address her question in terms of vocabulary. If one word didn’t resonate with her, maybe a different word would. But nothing was quite satisfactory.

Finally the teacher asked the student to put her hands on his body. “Feel this,” he instructed. “Now feel this. Can you feel the difference?”

“Yes,” she replied, “but....” And she continued to look for the right word. It was clear that the concept could not be meaningful to her until she found the right label for it. The problem, however, was not finding the right vocabulary. The problem was that the concept could not be precisely explained. It could only be felt. Once felt, we could try to describe it using various words and images, but it could only be understood by the direct experience.

For me, when I put my hands on the instructor’s body and felt the difference, it was like a light bulb came on. After that, I didn’t really care what words we used. Abracadabra would have worked just fine. Because I had sensed through touch the instructor’s teaching, it was indeed like magic.

There is nothing wrong with words. I love words. My whole career depended on words. But words can sometimes get in our way. When we are struggling to understand something, it might help if we try to quiet the inner chatter, allowing the wordless space to show us the way.

Note: The photo at the top is a picture of Bruce Lee with his teacher, Ip Man.
Posted by Galen Pearl at 11:07 AM 4 comments:

What Was Never Lost 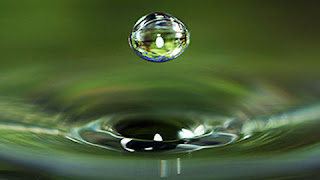 What seems so broken
Is but a dream
And all our efforts
Are in vain
The dream cannot be fixed
Being broken is the nature
Of what was never real
We waken into wholeness
Of what was never lost
Posted by Galen Pearl at 12:17 PM

A Girl Has No Name 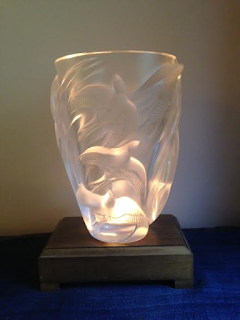 The Lord gives his blessings where he finds the vessel empty. ~Thomas a Kempis

The fourth chapter of the Tao Te Ching uses several images to describe the mysterious and indescribable Tao, or Way. The first image is based on the character 冲 , which can be translated as emptiness, as in an empty vessel.

The character itself can be broken into two parts. The left side, which looks like three small lines, means water. The right side, consisting of a rectangle bisected by a vertical line, means center. So within this character meaning emptiness, there is a sense of fluidity as a central quality.

The line in which it appears may be translated as “Tao is an empty vessel which is used but never filled.” The emptiness of Tao is not a barren wasteland, but on the contrary is a rich source of infinite possibility.

Readers might have figured out that I am a Game of Thrones fan. I quoted Arya Stark in a recent post, and the title of this post is also a reference to Arya, who, in the current season, is undergoing an initiation that requires the complete obliteration of ego. “A girl has no name” is her repeated response to questions about her individual identity, showing that she is no longer attached to her separate self.

I may not be ready to give up my name, but I do appreciate the concept of releasing my attachment to who I think I am, to how I think things should be. Emptying myself allows me to receive life’s bounty, and to enter the mystery of Tao.

The nameless is the origin of heaven and earth. ~Tao Te Ching
Posted by Galen Pearl at 7:36 PM 6 comments: 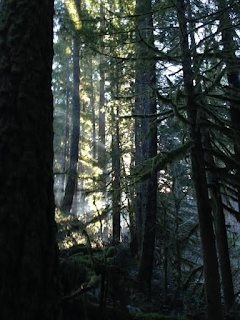 Trust
Like the trees
In patient being
Resting in acceptance
Of whatever comes
The perfect surrender
Of majestic trees
Quietly showing us
How it's done
Posted by Galen Pearl at 7:19 PM

These opening characters of chapter 22 of the Tao Te Ching can be translated several ways. The first character can mean bend, deflect, yield, twist, or curve. The second character links the first to the third, meaning thus, then, becomes. The third character means complete, whole, perfect, preserve intact, or in a looser sense, overcome. My favorite translation is “yield and overcome,” but the essence of all the meanings is that being flexible preserves one’s wholeness.

This concept was brought home to me with an exercise that my tai chi teacher used in class.

The teacher would stand face to face with a student, about half an arm’s length apart. Feet were stationary and could not move. The student would try to push the teacher back, forcing the teacher to take a step. As the student pushed on his shoulders, chest, or hips, the teacher simply melted away from the touch without avoiding it or resisting it. As the student withdrew, the teacher’s body would flow back into a neutral position. It was like trying to push water.

At some point, the student would be so extended that the teacher, using only his thumb and forefinger, would lightly touch the student’s wrist and with a gentle twist of his waist throw the student to the ground. No matter how many times we participated in this exercise and vowed not to be caught off balance, our efforts to push invariably resulted in a quick trip to the floor while the teacher remained serenely unaffected and unmoved. 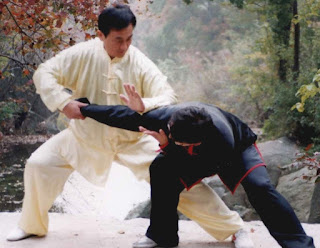 I kept thinking that the point of this exercise was to learn how to push without losing my balance while finding the right spot to push that would make my teacher take a step. I’m a slow learner. It took me a long time and many trips to the floor to figure out that it was the pushing itself that led to my imbalance. My teacher yielded and never lost his balance. The result of pushing was to end up on the floor. The result of yielding was to remain upright. Yielding overcame pushing. Every time.

As with many martial arts principles, this applies to our lives in general. Can you think of a time when you “pushed” and “lost your balance,” or when someone “pushed” against you and by yielding you were able to stay “upright”? I hope you’ll share some stories in the comments.

And here is a second quote in honor of the new season of Game of Thrones: