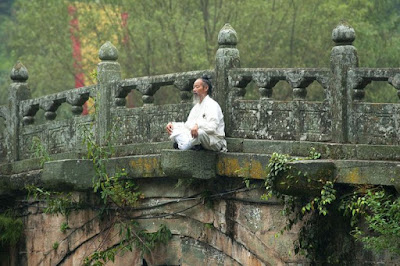 I'd like a poem please
Sorry, we are out of poems today
Oh no, what will I do
Just sit and listen
Posted by Galen Pearl at 7:44 PM 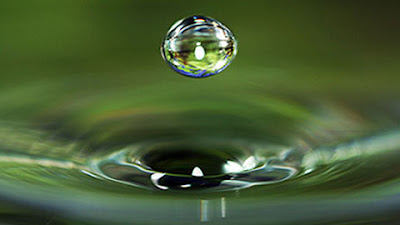 Upon reading these opening lines, our first instinct might be to be quiet, to show that, or at least hope that, we are among those who know. But then, after a while, we want to talk about it, either to share what we think we know, or to question whether we know anything at all. Even Lao Zi, the purported author of the Tao Te Ching, acknowledges in the opening lines of the first chapter that the Tao is beyond understanding and identification . . . and then proceeds to use roughly 5,000 characters to describe it!

Our minds operate in the realm of thought, and we communicate using language. Yet these two functions by their very nature take us a step away from the direct and unfiltered experience of reality, of truth. That doesn’t make thinking and speaking bad. It just means that they, like Moses, will inevitably fail to take us into the promised land they point to. With that in mind, our aim in thinking and speaking might be, as Adyashanti says, to fail well.

Two sections follow these opening lines, each with a repeating pattern. The first section sets forth what might be practices for finding entry to the mystery.

These lines highlight the idea that entering the promised land, so to speak, is not achieved by effort or force. In fact, it is not “achieved” at all, but rather “allowed” or “released” into. The nature of the universe, as described in the Tao Te Ching, is to manifest into form, and return to the formlessness of Tao. It is a natural process, one that we neither create nor control.

The last section follow a pattern of transcending opposites, a theme throughout the entire text.

Our brains seek to understand, to know, to categorize and file away. Negative or apophatic theology teaches us that that is all well and good, but it is not how we enter into the mystery of divine relationship or union. “Not this, not this” is the refrain of those who know truth. 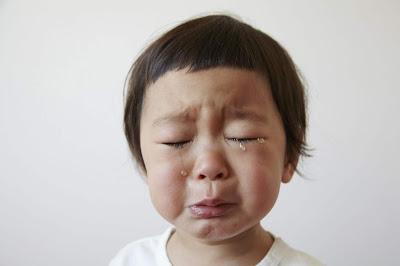 I had an epiphany last night at a meditation gathering. The topic of the evening was exploring the Buddhist approach to anger. At one point in the evening, we were paired up with a “buddy” to share something we felt angry about. With the support of our buddy, we were encouraged to look beneath the anger for the hurt underneath – the shame, the fear, or the sadness.

I related a “stuckness” I’ve been experiencing over a long ago situation with someone that has been stirred up recently. My efforts to forgive, to feel compassion, have tripped over my still simmering anger. After so many years of spiritual practice, my inability to release the anger and bitterness, especially over things that happened years ago, seemed silly and embarrassing. I mean really, I know better.

My buddy listened and then observed that I was patting my chest as I spoke. “Is that where you feel it?” he asked.

Yes, I realized. My heart hurt. Something softened.

“Perhaps,” he suggested gently, “you need to grieve your unmet needs.”

I saw so clearly then that up till that point, I had experienced the situation as an either/or choice. Forgiving the other person meant the dismissal or devaluation of what had been so hurtful to me. Recognizing the importance of releasing the anger, I had rationalized that what I had wanted and needed was insignificant, and that in any event, I didn’t get it, and I wasn’t going to get it now, so I should just get over it.

And how was that working for me? Hmm, not so great.

As acknowledgment of my deep hurt bloomed in my heart, anger at the other person melted into grief. The well of grief filled up and spilled over, spreading out and soaking into the parched ground as forgiveness and compassion. It didn’t even take any effort.

Recognizing and honoring the hurt didn’t increase the anger – it released it.

Today I feel sad, a good sad. And free.

And so humbly grateful. 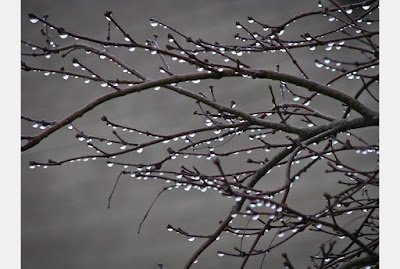 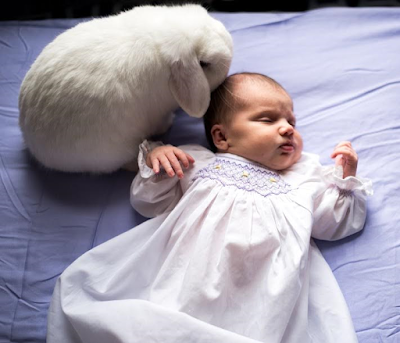 This chapter has a surprise bonus in it, a little hidden wisdom treasure. But before we get to that...

The chapter begins with a passage comparing a person with abundant Te (Virtue) to an infant, a metaphor repeated in several places in the Tao Te Ching. A baby is supple and soft, yet amazingly strong and full of vigor. I laughed when I read that the infant can cry all day and not get hoarse. Having recently spent what felt like all day (but was really only about half an hour) trying to soothe my wailing grandbaby, I can attest that I wore out much faster than she did. My ears are still ringing.

A baby’s innocent and unfiltered engagement with its experience of life in the present moment is its protection, its power, and its wisdom. It lives in perfect harmony. This is reflected in Jesus’s encouragement to be like a small child, to whom the kingdom of heaven belongs. And it is picked up in A Course in Miracles, which teaches that our safety lies in our defenselessness.

The next passage sets out a series of connections.

The secret wisdom treasure is hidden in these last two lines, which can be translated in an opposite way, thanks to several characters susceptible to different meanings. An alternate translation:

Hmm, so which is it? These lines reveal the beautiful and unfathomable paradox of Tao. The two translations are not in conflict with each other. The characters support either view (although for reasons too detailed to bore you with here, I lean towards the first translation).

When we are in harmony with the infinite (eternal), our energy is uncontained and unrestricted. It moves in concert with the energy of the universe. To say it another way, the energy of the universe moves though us unimpeded by our attempts to control it or direct it. Our power is unlimited because it is not “our” individual power, but universal power. We are merely the conduits through which it is expressed.

The second translation cautions us about exhaustion and suffering that result when we seek to impose our individual will on this energy that moves through us. The effort we expend in doing this depletes our vital energy and leads to disharmony and misfortune.

The last lines contrast this infinite and eternal energy with the finite and limited energy of the individual.

This sounds more negative in translation than I think the Chinese characters truly reflect. Elsewhere in the Tao Te Ching, the infinite and eternal Tao is described as the source of the “ten thousand things” (the manifested universe) which come into being, and then at the end of their life cycle return to Tao. The physical aspect of our individual existence is undeniably time limited. We manifest and return. That isn’t bad. It is natural. We are both infinite and finite.

Again, the wondrous paradox that weaves through this ancient text. Babies are not troubled by this. No wonder so many wisdom teachings honor them.
Posted by Galen Pearl at 4:02 PM 16 comments: