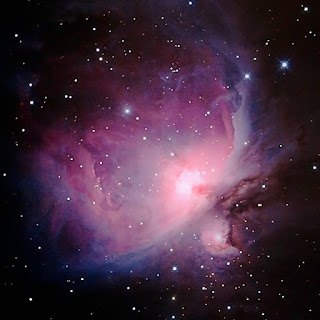 This chapter is a dance between Tao and Te – Tao as the source of all things, and Te as the life force that sustains all things. Many chapters focus on one or the other, so it is enlightening to see here the interplay between the two fundamental concepts of the Tao Te Ching. It is a chapter that delights the ear in the original Chinese because you can hear the rhythm and cadence. It sounds like a dance!

This is a brief story of creation. Tao manifests as the universe through the creative agency of Te. What is undifferentiated and unlimited potential in the infinite emptiness of Tao springs forth and divides into what the Tao Te Ching calls the ten thousand things. It is like light shining through a prism and making rainbows on the wall.

I love prisms, by the way, and recently gave one to my grandson. We had so much fun finding sun coming through windows to create dancing rainbows on walls, floors, curtains, and our hands. But I digress....

I love this passage because it reflects the divine relationship between the creative energy and the created. The Ten Commandments demand honor of father and mother, but here the honor is a natural inherent response, requiring no effort.

Likewise, it is Te’s nature to nourish and sustain all things as they move through the life cycle.

This passage reminds me of Psalm 91:4. “He will cover you with his feathers, and under his wings you will find refuge.” So beautiful.

The last four lines are repeated in other chapters. This last section reminds me of Kahlil Gibran’s passage about children.

To me this chapter reflects the rhythm of breathing, the exchange between the inhale and the exhale. As we breathe, we dance our own creation, connecting ourselves as individuals to the universal energy that gives us all life. 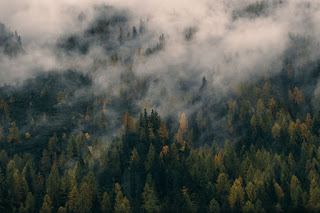 Wake up
You soft gray clouds
Sleeping nestled in the trees
Morning lights the mountain air
Stretch forth your misty arms
And rise to greet the warming sun
Posted by Galen Pearl at 7:11 AM 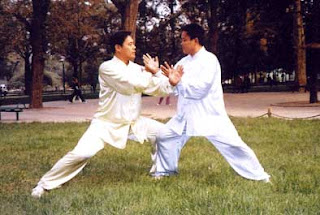 It happened again. I was practicing push hands with another tai chi student before class a few days ago. (Push hands is sort of like tai chi sparring with a partner.) The teacher was watching us from across the room as he got ready for class. After a few minutes, he called to me, “You’re trying too hard.”

Sigh. Like I haven’t heard THAT before! Many times....

A few months ago I was practicing push hands with a different tai chi teacher. All my efforts were easily and immediately turned to my disadvantage. Seeking some advice, I said, “I’m trying to....”

Bruce Lee famously gave this advice in an interview about his martial arts style. “Be water, my friend.” Water does not try. It doesn’t struggle. It doesn’t contend. It flows effortlessly in harmony with gravity and the contours of its environment. As the Tao Te Ching observes, nothing is softer, yet nothing is more powerful.

As in martial arts, so in life. I have recently been trying to have a conversation with someone who continues to avoid it. This conversation, in my own mind, would be very beneficial to the other person, offering some insight and advice about how to move forward through a challenging situation.

I have rehearsed what I want to say, I have offered opportunities to get together, I have encouraged the other person to hear me out. But. The. Other. Person. Doesn’t. Want. To.

So I’m taking a deep breath and settling down. I will wait. The conversation will happen or it won’t. If it does, it will happen at the right time, and if I’m paying attention and willing to release control, I will know what to say. And it will be helpful or it won’t. I can’t control the outcome. I can only flow with the current and see where it takes me.

Is there a place in your life where you are trying too hard? 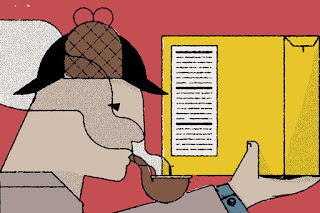 Several recent conversations have got me thinking about labels. Years ago, people started reading content labels on their food, discovering things in their food that they didn’t know were there. Over time, regulations required more disclosure on labels, and people became more knowledgeable about understanding the significance of various ingredients.

Anyway, I have been thinking of how we use labels in general. We use them to identify or categorize something, like mammals, or brand names. Labels are intrinsic to communication and information, and serve a useful purpose.

Labels can also affect our experience. In one recent conversation, a parent was describing a particular situation with his child as a problem and was feeling very worried and frustrated. I asked him why he thought the situation was a “problem.” He described an outcome that he considered “bad.” First, I pointed out that the outcome he described was one of many possible outcomes. And second, I asked him why the outcome he described would be bad. (Judgments are another way we attach labels.) When he was able to think beyond the judgment and the initial label of a problem, he was able to look at the situation with a more expansive view. He visibly calmed down and saw the situation in a more neutral way.

In another conversation, a friend was relating an encounter that left him very upset. My friend is white and the encounter was with a person of color. The  person had objected to something my friend said. My friend tried to explain, making matters worse. The other person called my friend a racist. My friend denied it.

As I was listening, I could understand why the other person might have taken offense at my friend’s initial comment, which could have been understood several different ways. But any effort to have meaningful dialogue was quickly obliterated by the label of racist, which became the focus of the escalating argument.

I’m not taking sides here on whether the label was justified. Perhaps it was. That’s not the point. The point is that any opportunity for my friend to understand how his initial comment might have been insensitive was lost in the debate about the label. Correct or not, the label ended any genuine communication. And the continued defensiveness against the label hindered any honest reflection about hidden assumptions or biases my friend’s initial comment might reveal.

So labels can be useful, but they can also be obstacles, especially when unquestioned, as in the first conversation, or when used as an attack or defense, as in the second. These conversations have made me take a closer look at some of the labels I use, and how they affect my assessment of a situation, my emotional reactions, and my ability to have meaningful communication. I’m going to make more effort to “read” the labels I use and see what the hidden ingredients are!

Once you label me you negate me. ~Søren Kierkegaard

Sometimes letting go is simply changing the labels you place on an event. Looking at the same event with fresh eyes.  ~Steve Maraboli
Posted by Galen Pearl at 9:10 AM 14 comments:

Email ThisBlogThis!Share to TwitterShare to FacebookShare to Pinterest
Labels: being present, release, words

Feed Me and Love Me 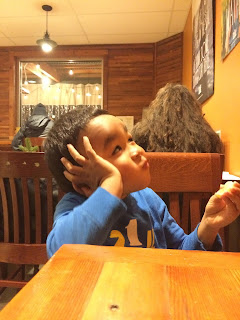 My grandson has been having a little trouble acting up at school – talking in class, not listening to the teacher, not focusing on his work. Last week I was chatting with him about his behavior. He came up with his own plan for trying to do better. When I asked him how we could help him and support him, he thought for a moment and then replied,

Out of the mouths of babes. Isn’t this what we all need for help and support? To be fed with patience, encouragement, friendship, honesty, mercy, listening, appreciation, attention. To be loved with compassion, acceptance, delight, non-judgment, and without conditions?

I had sat down with my grandson to offer him guidance, but instead he taught me. I bowed to my seven year old wisdom teacher and thanked him for this lesson.
.
And a little child shall lead them.  ~Isaiah 11:6
Posted by Galen Pearl at 9:35 AM 10 comments:

Fire of the Way 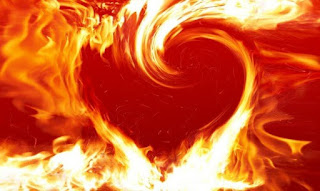 The fire of the Way
Burns in us
Red blood red
Hot
The eternal flame
Sees everything
With love
Burning burning
All illusion
Posted by Galen Pearl at 1:45 PM