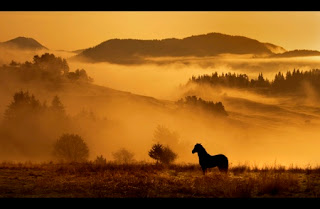 [This post is part of a series on specific chapters of the Tao Te Ching. Click here for more details on this series.]

If Chapter 5 is one of the most misunderstood chapters in the Tao Te Ching, then Chapter 6 is one of the most enigmatic. And one of the shortest. Just 26 characters, it has spawned pages of commentary. Like the blind men and the elephant, everyone sees different facets of meaning. When we can release the need to have a single, “right” meaning, when we can let the meanings swirl in mystery, then we enter the true meaning beyond words, the mystery beyond understanding. And it is beautiful.

The valley is the image of the female – open, receptive, fertile. The spirit energy of yin. Like the image we saw in Chapter 4 of the empty vessel that is never exhausted but always dynamic with potential, the valley sustains with unending abundance.

This is called mysterious female

The character for mysterious 玄 carries a sense of translucence, allowing light to pass through without revealing form. It also can mean dark, unknown, profound. The character for female 牝 literally means a female horse, or mare, and can also mean womb.

So these two characters can literally mean dark mare. Metaphorically, they carry forward the idea from the first line of the fertile valley, a place of gestation, the mysterious source of life.

Jonathan Star compares this valley spirit/mysterious female to Shakti, the divine feminine creative power in Hinduism, who manifests as the infinite forms in the universe. Or the ten thousand things of the Tao.

The gate could refer to the opening of the womb, but many think it refers to the nose and mouth as the gates through which the breath passes. The Bible says that God breathed the breath of life into man, making him a “living creature.” In that sense, the breath is the origin of creation, and continues throughout our lives to connect us to where we came from.

Using the Shakti reference again, Muktananda describes her as vibrating eternally, “Brahman in the form of sound,” giving birth to everything in the universe. This vibration is like God speaking to create the world.

The character for endlessly is repeated 绵 绵 , doubling the sense of the eternal aspect of creative movement. We talked in Chapter 4 about how a Chinese character is made up in part by a root or radical. The radical of this character is the left part 丝, which means silk. The image here is of a delicate silk thread being spun and drawn out.

In tai chi, there is a posture called reeling silk.

The concept of moving chi throughout the body is often described as drawing the chi smoothly and consistently, like drawing a silk thread. If you jerk it or force it, the thread will break. This is also consistent with the principle of wu wei, or non-action. 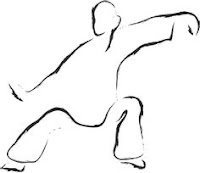 So what can we learn from the poetic imagery of this chapter? I think of this chapter not so much as practical advice, but more as creating a sense of wonder, accepting life’s invitation to join in the marvel of creation. 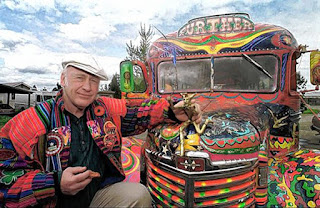 Ken Kesey, renowned author and 1960s counterculture icon, led, in his later years, a quiet life in rural Oregon. When asked by an interviewer during this time what he was doing to make the world a better place, he looked out from his front porch over the fields and said, “This year I’m growing asparagus.”

This morning, someone expressed to me a feeling that I’m sure we can all relate to at least sometimes–a general sense of anxiety and despair over the world situation. If you live in the U.S. you might be feeling this closer to home in the current political climate. What can we do, he asked, to make things better?

Indeed. Just asking the question invites an overwhelming wave of helpless frustration. It is an unanswerable question.

Take me, for example. Like some, I’ve been a little distracted, okay pretty much focused, okay a lot obsessed with the evolving dynamic in this election season. And, as I watch, I see an increasing polarity of us/them separation. And as I watch more deeply, I begin to question how that might be seeping into my own life.

Where have I recently dismissed someone’s opinion, while bemoaning the lack of respect in political debate? Where have I allowed anxious thoughts to spin unchallenged in my mind, while shaking my head at the fear-stoking in speeches? Where have I tried to win, while being disgusted with the whatever-it-takes-to-win campaign strategies? Where have I walked past someone in need, while demonizing policies that seem heartless? Where have I failed to be a good steward of my resources, while I rail at the lack of commitment to environmental and financial reform? Where have I denied someone’s experience, while protesting the insensitivity of political characterizations?

So what am I doing to make the world a better place? This year, I’m growing self-awareness.
Posted by Galen Pearl at 5:36 PM 4 comments: 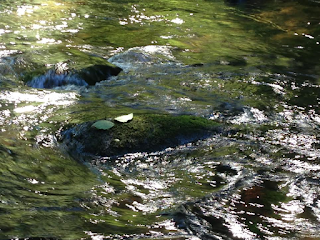 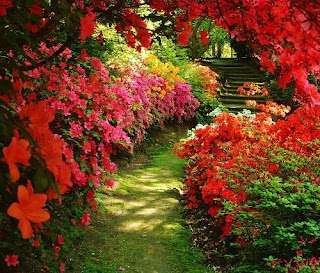 [This post is part of a series on specific chapters of the Tao Te Ching. Click here for more details on this series.]

The opening of this chapter is one of the most misunderstood passages in the Tao Te Ching. To some it seems harsh, but there is another way of looking at this passage that reveals the beauty hidden within.

Let’s start with the concept of impartiality. The characters used here are variously translated as ruthless, or heartless, or without kindness. These interpretations carry a connotation of cruelty or moral judgment that is not present in the text. Instead, the impartiality here is the same lack of favoritism reflected in the Bible.

He makes his sun rise on evil and good, and sends rain on the just and unjust. ~Matthew 5:45

Buddhist teacher Thich Nhat Hanh likewise speaks of the generosity of the flower that blooms for all passersby without judgment or preference.

Straw dogs were objects used in sacred rituals, and afterwards discarded. Their value was not in their form, which was unimportant, but in their function, which was holy. All things living on this earth will die, and our form will disappear, but our essence, by whatever name you want to call it, continues unchanged in eternal oneness.

The sense I get from this chapter is of equanimity, remaining balanced in the center of life’s vicissitudes, showing kindness and compassion to all, recognizing the sacredness of, well, everything.

And summarized best at the end of the chapter:

Many words lead to exhaustion
Better to abide in the center

Oh what would our lives be like if we followed this advice?! My son James, who has autism, has an uncanny way of getting to the heart of things. When he was young, he would hold up his hand when I went on too long with an explanation, and say in a robot voice, “Talking is over.” And he was always right.
Posted by Galen Pearl at 6:14 PM 10 comments: 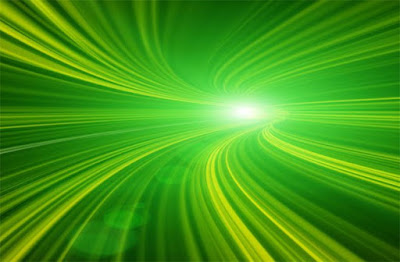 Time stops
At the speed of light
In light
There is no time
A moment
Is forever
Posted by Galen Pearl at 2:27 PM