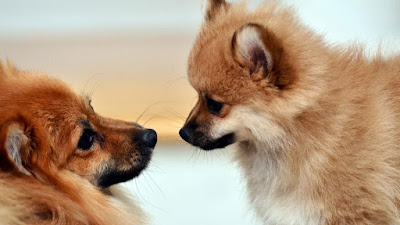 When I’m at my cabin, I walk my dog off leash, as do many folks who have cabins nearby. When approaching other people, whether they have dogs or not, I call my dog to heel so that she won’t bother them. If the other people have a dog, I clip my dog’s leash on for added control. Sometimes they do the same. However, because my dog is very skittish around other dogs, if the other dog is off leash and begins to run towards us, even if the dog is clearly being friendly, I usually pick my little dog up.

When this happens, the other person often assures me that their dog is friendly. But my dog is not so predictable when she is scared, so I usually respond that I’m not worried about their dog’s friendliness; I’m worried about mine.

After repeating this scenario many times, it occurred to me that there are so many assumptions being made, not only about the dogs but about the people. I realized that the other owners are assuming that I pick my dog up because I am afraid of their dog, especially if their dog is big. They assume that I am concerned for my smaller dog’s safety, that I’m judging their dog to be a threat to mine.

Their assurances sometimes carry an undercurrent of defensive accusation, as though I have misjudged their dog and I’m being over reactive, when in fact I’m trying insure that my dog does not react badly or start an altercation. I make my own assumptions about them, their dogs, and what I assume they are thinking about me and my dog.

The point here is not about dog behavior, or proper dog owner etiquette, but about how a brief and simple encounter carries so many unspoken and often unrecognized assumptions and judgments.

We go through so much of our daily lives making these snap judgments, and then acting on them without ever questioning them. On a recent run to the grocery store, I decided to see if I could catch all the assumptions I was making in a thirty minute period.

Wow, that was sobering. I made assumptions based on how people drove, what they drove, how they parked, what they wore, their ethnicity, their gender, their age, what they had in their shopping carts, with whom they were shopping, how they behaved when we passed in the aisles, how they behaved in the checkout line, and on and on. Some of my assumptions disturbed or embarrassed me, even though they were fleeting and quickly dismissed. I’m sure that for every assumption I caught, countless others slipped past me unnoticed.

I don’t think we can avoid all assumptions, and I’m not suggesting that we should. This is what our brains are wired to do – identify, categorize, and evaluate. And that serves a purpose. But when we do it so unconsciously, our assumptions can lead to beliefs and actions that might be based on a faulty initial premise.

Like the book title says, don’t believe everything you think. If we are willing to take an honest look, to be aware of at least some of the judgments we so automatically make, if we are willing to soften our attachment to our own view of things, we might be wondrously surprised.

Your assumptions are your windows on the world. Scrub them off every once in a while, or the light won't come in. ~Isaac Asimov
Posted by Galen Pearl at 11:26 AM 12 comments:

Email ThisBlogThis!Share to TwitterShare to FacebookShare to Pinterest
Labels: awakening, being present 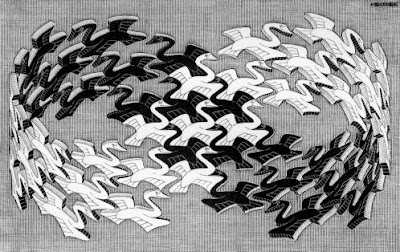 The Nature of Wanting 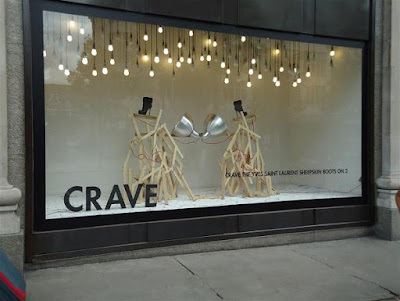 I went to a presentation recently that purported to be informational. And it was. However, as the presentation began, I realized that the information was being offered in the context of a sales pitch.

The “product” would benefit my life in grand ways. It was unique and far superior to anything in the same category, as evidenced by many scientific studies and personal testimonials. There was only one source for this product, and there was no way to learn more or to “try out” the product until I paid for it. And once I got my product, I would be bound by signed agreement not to share information about it, giving the product an aura of secret initiation and belonging to the “in” group.

The person making the presentation used other techniques as well, some subtle, some overt, to draw in the listeners. By the end people were eager to sign up.

Sounds so obvious, doesn’t it? But here’s the thing. Even though I could identify some of the various sales strategies being used, I still felt the pull. Despite my skepticism of the sales pitch, I still hesitated, wondering if my life might indeed be enhanced by what they were offering. And perhaps it would be. But I found my judgment too clouded by the careful manipulation to make any kind of trustworthy evaluation. So I walked away.

Wanting is a powerful emotion, convincing us that there is a lack, causing us varying levels of distress and discomfort which can only be alleviated by obtaining the object of desire.

The Dalai Lama admits to a fondness for gadgets. He told the story of walking by an electronics store and stopping to admire a device displayed in the window. Laughing, he described the desire that arose for this shiny object, even though he had no idea what it was for.

We can all relate.

Watching myself respond with at least questioning if not outright desire to what I recognized as a marketing strategy . . . well, it sort of amazed me. What an opportunity to contemplate the nature of wanting. What does it feel like? Where do I sense it in my body? What emotions are attached to it? What thoughts are attached to it?

Wanting is not good or bad. It just is. We want some things; we don’t want other things. But we needn’t be at the mercy of our wanting. We can get to know it rather than blindly follow it. And that knowing might benefit our lives in grand ways!

One who knows enough is enough will always have enough. ~Tao Te Ching
Posted by Galen Pearl at 3:51 PM 16 comments: 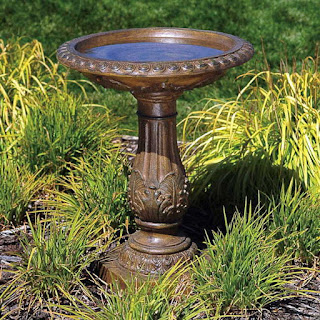 Robins splish splashing
Happy dancing
In the muddy street puddle
While yards away
The beautiful birdbath
I purchased just for them
Sits undisturbed
Posted by Galen Pearl at 4:50 PM 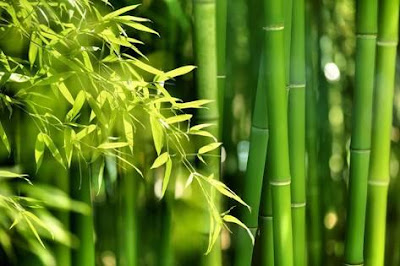 This chapter beautifully expresses the nature of Te (the Te from the title Tao Te Ching) in every aspect of the universe.

Te is loosely translated as Virtue, but it does not mean virtue in the sense of morality or righteous behavior. We might think of it as the natural expression of Tao in the manifested universe. It is the form of the formless, the creation arising from the origin of creation.

Te is naturally rooted and held in the limitless potential of its source, Tao, and therefore cannot be uprooted or taken away. When we are in alignment with Te, from the individual to all of creation, everything moves together in harmony.

The next section outlines the effect of alignment on these different levels.

The Tao Te Ching describes an approach to life that is contrary to the way many of us operate. We often move from the outside and the larger to the inside and the smaller. Rules are made by representatives theoretically for the good of society and we are obligated to follow them, subject to external enforcement. As a lawyer, I’m well aware of the massive, complicated, seemingly unending volumes of laws and regulations that govern so many aspects of our lives.

However, when we begin with the individual, internally aligned with the unhindered flow of Tao, Te naturally manifests through us. As we move outward in expanding circles, the family, the community, and so on, all become aligned in harmony.

In the absence of such alignment, we fall back on the next best thing, from morality to law to empty ritual, as described in Chapter 38.

It seems overwhelming when we seek to change world, but we can begin not by changing ourselves, but by allowing our true nature to reveal itself. In other words, we don’t need to change who we are; we need to be who we are. We do this first by seeing everything as it is. The end of the chapter counsels us to see with our inner sight all levels of the manifested universe.

I thus know everything under heaven as it truly is
Posted by Galen Pearl at 10:44 AM 13 comments: 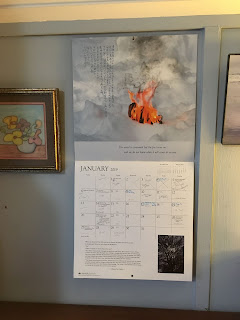 Winter ushers in the calendar new year, at least in the northern hemisphere. We release the old year and welcome a fresh start. One of my favorite things about the new year is hanging up my new wall calendar. (Yes, I still use an old fashioned paper calendar.) Birthdays are circled, cabin weekends blocked off, appointments and plans and reminders noted.

There is a sense of excitement as the new year begins with a countdown and fireworks. We make resolutions, state aspirations, set intentions. We gear up to “do” – go to the gym, clean out the junk drawer, eat healthy, keep in touch, spend less screen time, spend less money, organize closets, get the car washed, meditate more, yell at the kids less, make the bed every morning, and in general do better and be better.

We are so eager to get started on this better life, but nature says not so fast. Winter is not a time of action. Winter is a time of stillness, of conserving rather than expending energy. Nature counsels us to pause, to watch, to wait, to listen.

Perhaps this is good advice on any new venture. Timing is everything, as the saying goes. Nature has her own timing, and we are wise to pay attention to it and align ourselves with it.

I used to think that our calendar new year was out of sync with nature. I thought perhaps the timing of the new year as winter begins might explain why the momentum of new year’s resolutions fizzles so fast. It seemed to me that a better time for the new year would be spring, the time of growth as new life bursts forth and the days lengthen beyond the nights.

But now I see the wisdom of quiet reflection at the beginning of something new. At the beginning of a race, the runners get in position and there is a moment of stillness before they are released to surge forward.

So as we begin this new year with excitement and anticipation, let’s take a deep breath and ground ourselves. And see what happens.

Note to readers in the southern hemisphere: I’m curious about your experience of ushering in the calendar new year with summer. I’ve lived in the seasonal disorientation (for me) of the tropics, but I’ve never lived through what would be for me the reverse of the calendar/seasonal connection in your part of the world. I’d love to hear about it from your perspective.
Posted by Galen Pearl at 9:47 AM 7 comments: 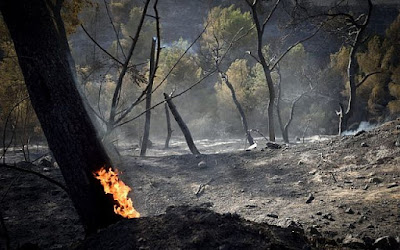 Last year was, for me, a year of fire. Fire burning, illuminating, destroying, purifying. This year, as I try to get a sense of its beginning, seems to be starting off as a year of earth.

Wildfires have raged in the western United States the last two years. Ash is left in their smoldering wake. Over time ash becomes soil, rich soil from which new life begins to grow. In the Chinese five element generative cycle, fire creates earth. Earth is the element of balance.

After the intensity of the last year, I wouldn’t mind a little balance, a little grounding, a little gentleness. Perhaps my call to earth is wishful thinking. Yet I feel it strongly.